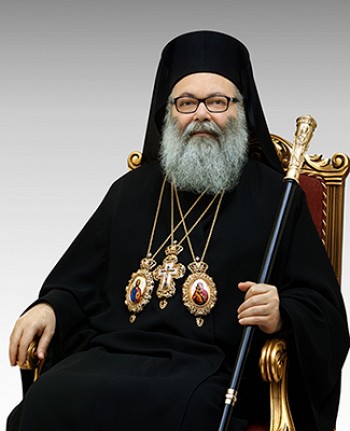 His Beatitude John X was born in the city of Latakia, Syria, in the year 1955. He was raised in a home known for education, virtue and faith. His father, Manah Yazigi, a Syrian, was a teacher of Arabic and a poet. His mother, Rozah Moussi, is of Lebanese origin. His Beatitude has three siblings, one of whom is a Metropolitan and another a nun.

His Beatitude is famed for the clarity of his views and his strict adherence to all that is true and just in human relations. He has excelled in bringing people together, through dialogue and conciliatory approaches to people of differing views. He is known for his compassion, friendliness, generosity, social concern and, last but not least, readiness both to listen and to offer help.